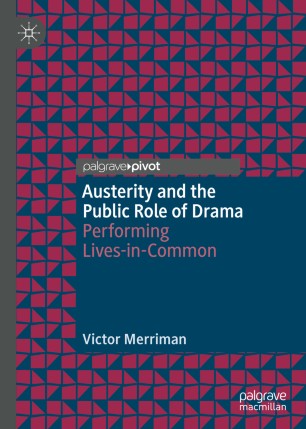 Austerity and the Public Role of Drama

This book asks what, if any, public role drama might play under Project Austerity – an intensification phase of contemporary liberal political economy. It investigates the erosion of public life in liberal democracies, and critiques the attention economy of deficit culture, by which austerity erodes life-in-common in favour of narcissistic performances of life-in-public. It argues for a social order committed to human flourishing and deliberative democracy, as a counterweight to the political economy of austerity. It demonstrates, using examples from England, Ireland, Italy, and the USA, that drama and the academy pursue shared humane concerns; the one, a critical art form, the other, a social enabler of critical thought and progressive ideas. A need for dialogue with emergent forms of collective consciousness, new democratic practices and institutions, shapes a manifesto for critical performance, which invites universities and cultural workers to join other social actors in imagining and enabling ethical lives-in-common.