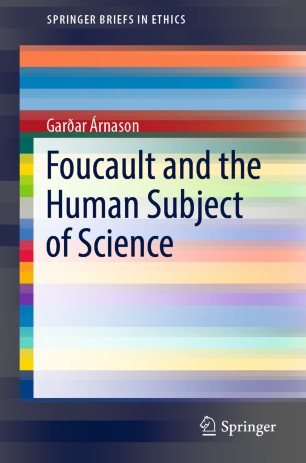 Foucault and the Human Subject of Science

This book offers a clear analysis of Foucault’s work on scientific knowledge and its relationship to individuals and society. It suggests a way of using Foucault’s tools for science criticism and resistance, while avoiding the pitfalls of vulgar relativism or irrational anti-science views. Two cases of scientific conflict are considered. The first considers left-handers as subjects of science, in particular studies which purport to show that left-handers die on average younger than right-handers. The second case considers Icelanders as subjects of science in the context of a partly failed attempt to construct a genetic database encompassing the entire nation.The book will be of interest to bioethicists and philosophers who are concerned with the interaction between science and its human subjects, as well as scholars concerned with Foucault’s work on science.