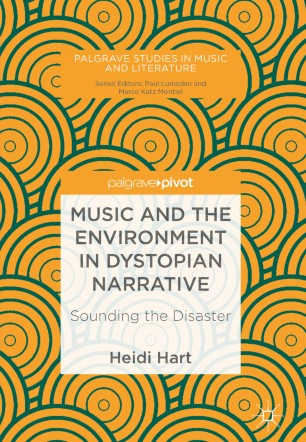 Music and the Environment in Dystopian Narrative

Music and the Environment in Dystopian Narrative: Sounding the Disaster investigates the active role of music in film and fiction portraying climate crisis. From contemporary science fiction and environmental film to “Anthropocene opera,” the most arresting eco-narratives draw less on background music than on the power of sound to move fictional action and those who receive it. Beginning with a reflection on a Mozart recording on the 1970s’ Voyager Golden Record, this book explores links between music and violence in Lidia Yuknavitch’s 2017 novel The Book of Joan, songless speech in the opera Persephone in the Late Anthropocene, interrupted lyricism in the eco-documentary Expedition to the End of the World, and dread-inducing hurricane music in the Brecht-Weill opera Rise and Fall of the City of Mahagonny. In all of these works, music allows for a state of critical vulnerability in its hearers, communicating planetary crisis in an embodied way.