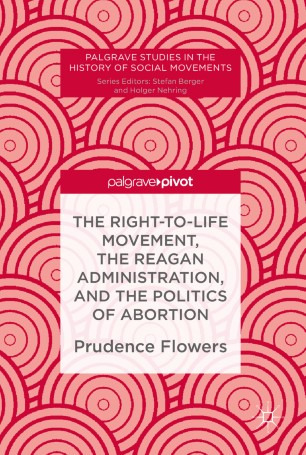 The Right-to-Life Movement, the Reagan Administration, and the Politics of Abortion

This book offers a political, ideological, and social history of the national right-to-life movement in the 1980s under President Ronald Reagan. It analyzes anti-abortion engagement with the legislative, judicial, and executive branches, and offers what is frequently a narrative of disappointment and factionalism. The chapters explore pro-life responses to Supreme Court vacancies, attempts to pass a constitutional amendment, and broader legislative and bureaucratic strategies, including successful campaigns against international and domestic family planning programs. The book suggests that the 1980s transformed the anti-abortion cause, limiting the types of ideas and approaches possible at a national level. Although the movement later claimed Reagan as a "pro-life hero," while he was President right-to-lifers continuously struggled with the gap between his words and deeds. They also had a fraught relationship with the broader Republican Party. This book charts the political education of right-to-lifers, offering insights into social movement activism and conservatism in the late twentieth century.