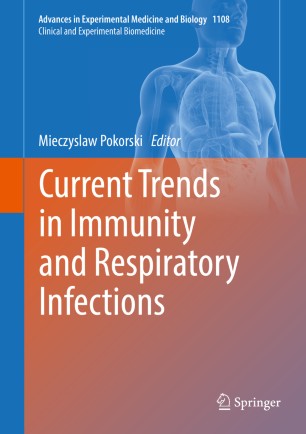 Part of the Advances in Experimental Medicine and Biology book series (AEMB, volume 1108)

The purpose of this book is to disseminate and deliberate on the latest knowledge concerning immunity and its role in protection and fight against microorganism invasion.

The articles tackle both humoral and cellular immunity, and their interconnectivity. The former involves B cells that recognize invading pathogens and create the antibody-mediated response, which when memorized provides future immunity. The latter involves mostly T cells, exemplified by cytotoxic or killer cell destroying the pathogens, or helper cells stimulating B cells to produce antibodies to bind and neutralize the pathogens. T cells act through release of cytokines, interleukins, and other bioactive mediators. Neutrophils play a key role in innate immunity against bacterial infections. The process of NETosis is a recently unraveled sophisticated defense mechanism, consisting of the formation of neutrophil extracellular traps that catch, immobilize, and remove pathogens from the body. Dysfunction of immunity is indisputably conducive to the propensity for infections, particularly respiratory tract infections, as the airways are the first line of defense against invading pathogens. Pathogens can rapidly evolve and adapt to avoid detection by the immune system. The case in point is the influenza virus. The articles report on the epidemiology, diagnostics, serology, complications, and the process of acquired immunity due to vaccination against influenza and influenza-like infections in recent epidemic seasons.

The book is a blend of medical research and practice. It is intended for academic scientists, research scholars, clinicians, family doctors, and healthcare professionals.