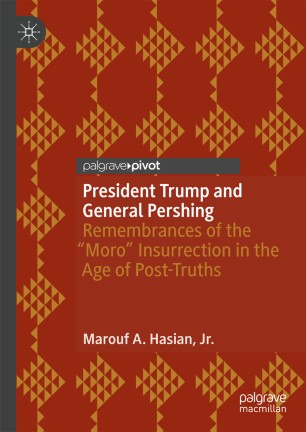 Remembrances of the “Moro” Insurrection in the Age of Post-Truths

This book provides a critical analysis of Donald Trump’s mention of General Pershing and his alleged use of bullets dipped in pig’s blood to kill 49 out of 50 captured Muslims during the suppression years in the Philippines. The author argues that most observers who heard this “fable” dismissed it as an inaccurate representation of historical realities that also maligned a great general. Using critiques of both Trump and “post-truths,” the author argues that instead of being summarily dismissive of these comments, academics, investigative journalists and others ought to follow the US president’s admonition that we study “history,” but do so in nuanced ways. The author argues that there are times when false renditions of historical events may in fact provide opportunities to revisit contentious pasts, and this book suggests that in place of sanitized military histories, we take this opportunity to provide detailed analyses of the “Moro” rebellion.