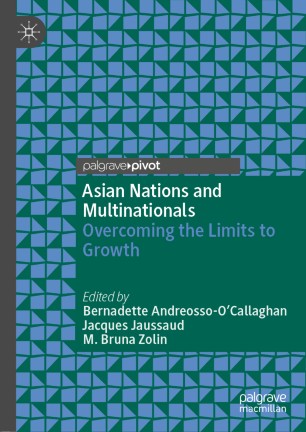 Overcoming the Limits to Growth

Although Asia has been the world engine of economic growth since World War II, growth rates have differed sharply among the countries of the region. Still, all Asian countries have experienced some degree of growth limitation. Japan is facing the crucial issue of a quickly aging and shrinking population, a situation that South Korea is bound to face in the near future too. China, which still enjoys relatively high growth rates, is dealing with an exhaustion of its export-led growth model based on low wages, as well as huge and unprecedented environmental problems. In addition, food supply is still a concern for most Asian countries in spite of huge increases in productivity in the agricultural sector, the main reason being that global demand for food products has been increasing at an even higher speed.

This edited collection focuses on the policies – at the macroeconomic level – and strategies – at the micro-meso economic levels – that need to be deployed in order to overcome the limits to growth in a post-global financial crisis and export-led growth context. It will be of interest to all scholars of economics, management and the political sciences who work on the economies of East Asia, and also to all those who work on the theme of 'transition economies'.

Bernadette Andreosso-O’Callaghan is Jean Monnet Professor of Economics at the University of Limerick, Republic of Ireland and International Research Fellow at the Ruhr-University Bochum, Germany.

Jacques Jaussaud is Professor of Management at the University of Pau and Pays de l’Adour, France.