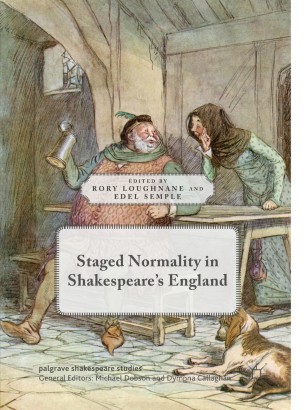 This book looks at the staging and performance of normality in early modern drama. Analysing conventions and rules, habitual practices, common things and objects, and mundane sights and experiences, this volume foregrounds a staged normality that has been heretofore unseen, ignored, or taken for granted. It draws together leading and emerging scholars of early modern theatre and culture to debate the meaning of normality in an early modern context and to discuss how it might transfer to the stage. In doing so, these original critical essays unsettle and challenge scholarly assumptions about how normality is represented in the performance space. The volume, which responds to studies of the everyday and the material turn in cultural history, as well as to broader philosophical engagements with the idea of normality and its opposites, brings to light the essential role that normality plays in the composition and performance of early modern drama.