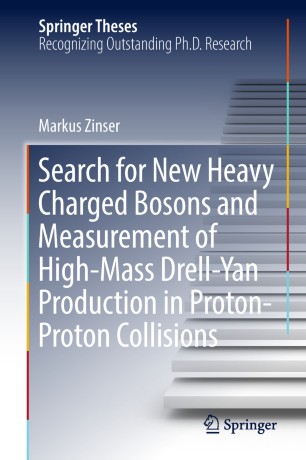 This book presents two analyses, the first of which involves the search for a new heavy charged gauge boson, a so-called W¢ boson. This new gauge boson is predicted by some theories extending the Standard Model gauge group to solve some of its conceptual problems. Decays of the W¢ boson in final states with a lepton (ℓ<sup>±</sup> = e<sup>±</sup>, µ<sup>±</sup>) and the corresponding (anti-)neutrino are considered. Data collected by the ATLAS experiment in 2015 at a center of mass energy of sqrt{s}=13 TeV is used for the analysis.    In turn, the second analysis presents a measurement of the double-differential cross section of the process pp->Z/gamma^* + X -> l^+l^- + X, including a gamma gamma induced contribution, at a center of mass energy of sqrt{s} = 8 TeV. The measurement is performed in an invariant mass region of 116 GeV to 1500 GeV as a function of invariant mass and absolute rapidity of the l^+l^-- pair, and as a function of invariant mass and pseudorapidity separation of the l^+l^-- pair. The data analyzed was recorded by the ATLAS experiment in 2012 and corresponds to an integrated luminosity of 20.3/fb. It is expected that the measured cross sections are sensitive to the PDFs at very high values of the Bjorken-x scaling variable, and to the photon structure of the proton.