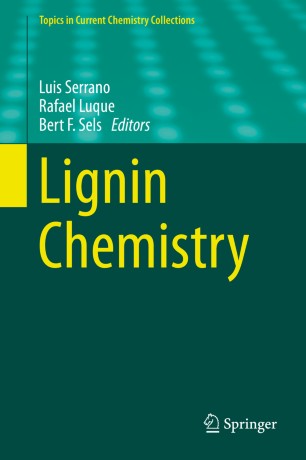 The series Topics in Current Chemistry Collections presents critical reviews from the journal Topics in Current Chemistry organized in topical volumes. The scope of coverage is all areas of chemical science including the interfaces with related disciplines such as biology, medicine and materials science. The goal of each thematic volume is to give the non-specialist reader, whether in academia or industry, a comprehensive insight into an area where new research is emerging which is of interest to a larger scientific audience.
Each review within the volume critically surveys one aspect of that topic and places it within the context of the volume as a whole. The most significant developments of the last 5 to 10 years are presented using selected examples to illustrate the principles discussed. The coverage is not intended to be an exhaustive summary of the field or include large quantities of data, but should rather be conceptual, concentrating on the methodological thinking that will allow the non-specialist reader to understand the information presented. Contributions also offer an outlook on potential future developments in the field.
The chapter "Lignin‑Based Composite Materials for Photocatalysis and Photovoltaics" is available open access under a CC BY 4.0 License via link.springer.com.

Rafael Luque is Deputy Head of Department from Departamento de Quimica Organica at Universidad de Cordoba, where he graduated in 2005. With a postdoctoral stay of three years at the Green Chemistry Center of Excellence, The University of York (With Prof. James Clark), Prof. Luque has a significant experience on biomass and waste valorisation practises to materials, fuels and chemicals as well as nanoscale chemistry and green engineering.

Prof. Luque has published over 300 research articles, filed 3 patent applications and edited 10 books as well as numerous contributions to book chapters and invited, guest, keynote and plenary lectures in scientific events worldwide. He is also heavily involved in Chemical Education and promoting Science in Developing Countries. Among recent awards, Rafael received the Marie Curie Prize from Instituto Andaluz de Quimica Fina in Spain (2011), the Green Talents award from the Federal Ministry of Education and Research in Germany (2011), the TR35 Spain from Technology Review and MIT as one of the top 10 young entrepreneurs in Spain (2012), the RSC Environment, Sustainability and Energy Early Career Award (2013) from the Royal Society of Chemistry UK and the 2015 Lu Jiaxi lectureship from the College of Chemistry and Engineering in Xiamen University (China).

Previously, he got a post-doctoral grant in the University of the Basque Country (Spain) and a Juan de la Cie

rva grant in the same university. From 2015 to 2017, he was working in the Centre National de la Recherche Scientifique (France), one of the most recognized institutions around the world, as advanced researcher collaborating in two important national projects about cellulose and lignin. Moreover, he held visiting appointments at important research centers in Brazil, Portugal, Argentina, Tunisia, Chile and Italy.

His expertise is the biorefinery concept of lignocellulosic biomass including: the extraction, purification and depolymerization of lignin to produce chemicals; new uses of cellulose fibers (adsorbents, composites, special papers, etc.); nanocellulose production and functionalization; extraction, purification and transformation of hemicelluloses to added value products; and direct conversion of biomass to poyols as precursors of polyurethane foams.

During this period, he has published more than 60 scientific papers in high impact journals; he has collaborated in 28 R&D&I projects funded in competitive calls and 6 R&D&I projects with companies; he has co-directed 1 doctoral thesis, 4 master project thesis and 3 final career projects.

Bert F. Sels (1972), currently full professor at KU Leuven (Belgium), obtained his Ph.D. in 2000 in the field of heterogeneous oxidation catalysis under guidance of professor Pierre Jacobs. He was awarded the DSM Chemistry Award in 2000, the Incentive Award by the Belgian Chemical Society in 2005, and the international Green Chemistry Award in 2015. He is currently director of the Centre for Surface Chemistry and Catalysis (COK), and active in designing heterogeneous catalysts for future challenges in industrial organic and environmental catalysis. His expertise includes heterogeneous catalysis in bio-refineries, design of hierarchical zeolites and carbons for biomass conversion, and the spectroscopic and kinetic study of the active sites. He is co-chair of the Catalysis Commission of the International Zeolite Association (IZA) and co-founder of European Research Institute of Catalysis (ERIC). He is also member of the European Academy of Sciences and Arts, member of the international advisory board of ChemSusChem (Wiley) and ChemCatChem (Wiley) and associate editor of ACS Sustainable Chemistry & Engineering.