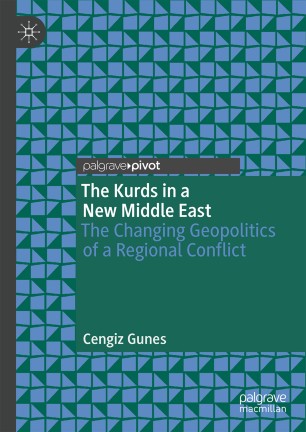 The Kurds in a New Middle East

The Changing Geopolitics of a Regional Conflict

This book examines the Kurds’ rise as new regional actors in the Middle East and the impact this is having on the regional order. Kurdish political activism has reached a new height in the beginning of 21st Century with Kurdish movements in Iraq, Turkey and Syria establishing themselves as a significant force in the domestic politics of these states. The consolidation of Kurdish autonomy in Iraq and the establishment of a Kurdish de facto autonomous region within Syria is adding to the Kurds’ growing influence in the region and enabling Kurds to forge stronger relations with regional and international forces. The author analyses recent developments in the Kurdish question in Turkey, Iran, Iraq and Syria to understand the inter-connections and inter-dependencies that exist in the transnational Kurdish political space. The book's policy relevance is likely to attract strong interest from policy makers as well as from academics and students in the fields of Middle Eastern Politics and International Relations.