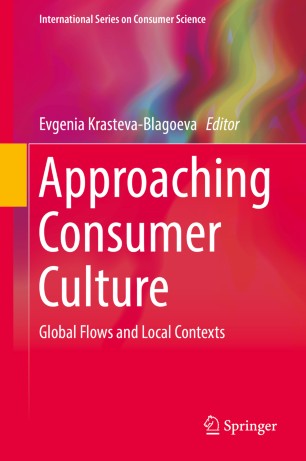 This fascinating collection analyzes the impact of Western consumer culture on local cultures and consumption in Southeast Europe and East Asia. Cultural, historical, economic and sociopolitical contexts are examined regarding buying behaviors, usage and customization practices and consumer activism, specifically in Bulgaria, Serbia, and Romania as cultures continue to evolve in the post-socialist era, and in China and Japan as a continuation of movements toward modernity and progress. Surprising and thought-provoking contrasts stand out as consumers balance the global with the local in terms of clothing, technology, luxury items, and food. All chapters feature a wealth of empirical and cross-cultural data, and the presentation is framed by Professor Mike Featherstone’s theoretical essay on the origins of consumer culture and the consequences of two hundred years of increasing consumption for the human condition and the future of the planet.
Included in the coverage:
Approaching Consumer Culture broadens the cultural anthropology literature and will be welcomed by Western and Eastern scholars and researchers alike. Its depth and accessibility make it useful to university courses in cultural anthropology, cultural studies, and sociology.

Evgenia Krasteva-Blagoeva, Ph.D is Associate Professor in the Department of Anthropology, New Bulgarian University, Sofia. Her research interests are in consumer culture, ethnography of socialism and postsocialism, urban anthropology, communities and identities in the Balkans, names and name giving.  Member of the Executive Commitee of InASEA - International Association of Southeast European Anthropology (2007-2014, 2016-2018) and elected President of InASEA (2014-2016). She was twice guest lecturer in the Institute of Ethnology, University ”Ludvig Maximilian”, Munich (2006,2008) and in Konitsa Summer School of Balkan Anthropology (2006,2008). Leading scholar in several research projects such as ”Fast Food and Slow Food Culture in the Beginning of 21st century” and ”New Consumer Practices: Anthropological Perspectives”. Author of The Personal Name in Bulgarian Tradition (1999, in Bulgarian), editor in chief of Total Sale. Consumer Culture in Bulgaria (2014, in Bulgarian) author of more than 30 articles in refereed journals and edited volumes in English and German.