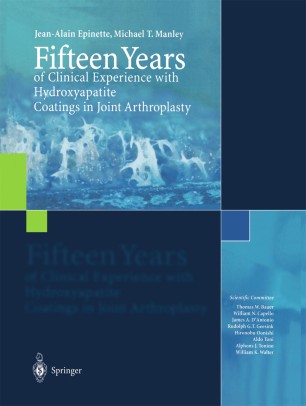 Ronald J. Furlong of the United Kingdom per­ the short term with this method of biologic fixation formed the first clinical implantation of a hydroxy­ of total joint implants has withstood the test of time. apatite-coated (HA) hip implant in 1985, about 18 Our thanks are due to the authors of chapters in this volume for the effort they made to write and years ago. This was followed in 1986 by other HA submit their work to us in a timely fashion. These clinical implantations conducted by the ARTRO Group in France and Rudolf Geesink in the Nether­ authors, working in Europe, the United States, lands. Following these pioneers, many thousands of Japan, and Australia, do not all use English as their first language. Many made great efforts to provide HA-coated hip implants of various designs, from us with English language documents. Where we various implant manufacturers, have been implanted felt the language was unclear, we made only those worldwide, by many surgeons at many institutions. minor changes needed to facilitate understanding. The coating technology has expanded to include the For manuscripts submitted in a language other than revision setting in the hip, as well as unicompart­ English, we employed professional interpretation, mental knees, total knees, shoulders, and an assort­ and then made editorial changes if the content was ment of minor joint implants. unclear to us.