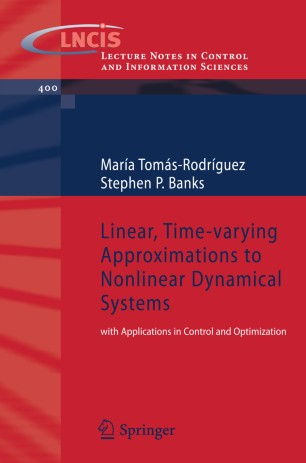 with Applications in Control and Optimization

Linear, Time-varying Approximations to Nonlinear Dynamical Systems introduces a new technique for analysing and controlling nonlinear systems. This method is general and requires only very mild conditions on the system nonlinearities, setting it apart from other techniques such as those – well-known – based on differential geometry. The authors cover many aspects of nonlinear systems including stability theory, control design and extensions to distributed parameter systems.

Many of the classical and modern control design methods which can be applied to linear, time-varying systems can be extended to nonlinear systems by this technique. The implementation of the control is therefore simple and can be done with well-established classical methods. Many aspects of nonlinear systems, such as spectral theory which is important for the generalisation of frequency domain methods, can be approached by this method.