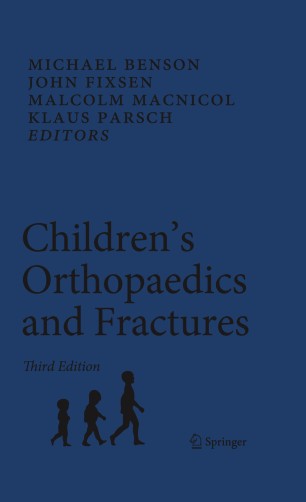 Con?rming the British genetic trait for writing and publishing (as well as acting), two English (Oxford and London) and a Scottish orthopaedic surgeon (Edinburgh) have produced a third edition of their comprehensive text, joined, as in the second edition by an editor from Germany, recognizing its part in the European community. The 62 physician contributors are drawn from pink-colored countries in our childhood geography books—the old British Empire from Australia to Zambia and two from the former colony, the USA. The original purpose of the book was to give residents or registrars an easily accessible and concise description of diseases and conditions encountered in the practice of paediatric orthopaedic surgery and to prepare for their examinations. But the practicing orthopaedic s- geon will ?nd an update of current practice that can be read for clarity and constraint—enough but not too much. A foreword might be a preview of things to come, but a “back word” of what was thought to be the ?nal say on the subject is needed for a perspective in progress. A “back word” look reveals the tremendous progress in medical diagnosis and treatment of which paediatric orthopaedics and fracture care is a component. Clubfoot treatment based on the dictums of Hiram Kite has had a revolutionary change by Ponseti. The chapter by Eastwood has the details on cast application and orthotics follow-up to obtain the 95% correction without the extensive surgery many of us thought was needed.