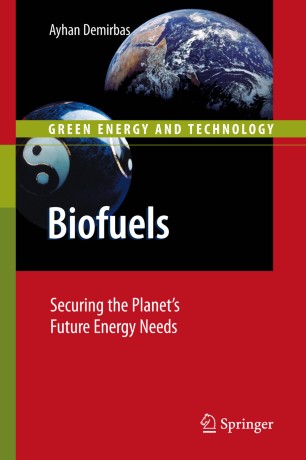 Biofuel is a renewable energy source produced from natural (biobased) materials, which can be used as a substitute for petroleum fuels. The benefits of biofuels over traditional fuels include greater energy security, reduced environmental impact, foreign exchange savings, and socioeconomic issues related to the rural sector. Furthermore, biofuel technology is relevant to both developing and industrialized countries. For these reasons, the share of biofuels in the automotive fuel market is expected to grow rapidly over the next decade.

The most common biofuels, such as ethanol from corn, wheat or sugar beet and biodiesel from oil seeds, are produced from classic food crops that require high-quality agricultural land for growth. However, bioethanol is a petrol additive/substitute that can be produced from plentiful, domestic, cellulosic biomass resources such as herbaceous and woody plants, agricultural and forestry residues, and a large portion of municipal and industrial solid waste streams. Production of bioethanol from biomass is one way to reduce both the consumption of crude oil and environmental pollution. There is also a growing interest in the use of vegetable oils for making biodiesel, which is less polluting than conventional petroleum diesel fuel.

Biofuels: Securing the Planet’s Future Energy Needs discusses the production of transportation fuels from biomass (such as wood, straw and even household waste) by Fischer-Tropsch synthesis. The book is an important text for undergraduates, postgraduates and researchers in energy engineering, as well as professional fuel engineers.