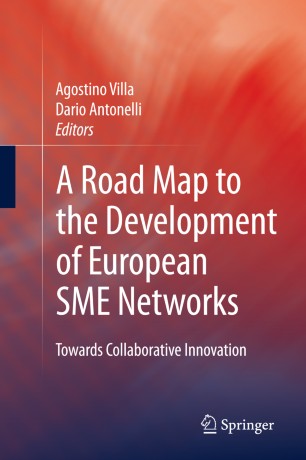 A Road Map to the Development of European SME Networks

A significant development in Small and Medium-sized Enterprise (SME) can no longer be postponed in the European industrial world. Although this need has been recognized for several years, recent recommendations from the European Commission have recalled the urgency of promoting new and more robust SME organizations, owing to two critical factors: the rise of enormous global markets and the emergence of a new industrial system originating from the distinctly different business culture of the Far East. Globalization forces enterprises to maintain a recognizable impact on markets in both the Old and New Worlds, but this requires efforts sustainable only by either large enterprises or agglomerations of SMEs. On the other hand, the industrial systems of the Far East enjoy a competitive advantage based on very low wages, which can be only be counteracted by the use of newer and newer technologies, requiring investments too heavy for SMEs. These two issues caused crises in many industrial sectors across Europe and USA.

A Road Map to the Development of European SME Networks analyzes the causes of the crises and their effect on a number of different European countries. The analysis shows that the commonly adopted solution has been the integration of several SMEs in networked organizations that guarantee both efficiency in internal trading and contractual strength in dealings with the "outside world". Yet the majority of these networks suffer from a lack of effective coordination: a method for describing the different levels of governance in a network, and for comparing them with known best practices, would be essential to fully exploit the potential performance of the network. The book addresses this issue by describing a conceptual model of the network organization, and by using it for performance evaluation aims and for identifying strong and weak points in the network.

Agostino Villa was made a full professor in 1990 and since 1991 has taught Production Planning and Control, and Performance Analysis of Industrial Production Systems at the Polytechnic University of Torino. He is currently President of the International Foundation for Production Research( IFPR), Vice-Chairman of the Technical Committee MIM (Manufacturing Modeling, Management and Control) of the International Federation of Automatic Control (IFAC).

Dario Antonelli got his Masters Degree in Mechanical Engineering in December 1990. After being a researcher at the Fiat Research Center, he became an associate professor at the Politecnico di Torino in 2001, in the scientific sector Technology and Production Systems. He now teaches Production Systems at the same University and is responsible for all the graduation courses at the Faculty of Management and Industrial Engineering. His scientific activity covers the numerical modelling and simulation of production processes and its experimental verification.