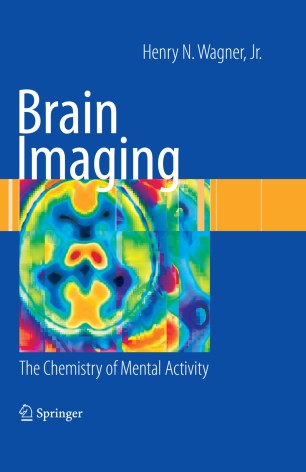 The Chemistry of Mental Activity

Taking both a historical and philosophical stance, Brain Imaging: The Chemistry of Mental Activity provides a detailed account of molecular imaging at its finest. Written by Dr. Henry N. Wagner Jr, a highly acclaimed author and international authority in the field of nuclear medicine, the book brings to date all the exciting work present in brain imaging, showing the differences among the various imaging modalities, and reviewing the knowledge of chemical reactions in the brain.

Suitable for both professionals and the public alike; this book spans basic principles through to historical and current uses of molecular imaging. The vast utility of imaging is highlighted by examining common themes and topics prominent in human life; love, aggression, altruism, violence, crime, and substance abuse to name a few.

Dr. Henry N. Wagner Jr, a pioneer in nuclear medicine, has made groundbreaking contributions to advancing the fields of radiology and nuclear medicine, namely in the areas of brain physiology and pathophysiology, and addiction and drug design. He is a member of the Institute of Medicine of the US National Academy of Sciences, as well as several editorial boards and many other medical and radiological societies, and is an honorary member of the British Institute of Radiology (2000). During his time at the John Hopkins University he has trained more than 500 radiologists, internists, physicians, and scientists, eight of whom have held, as he has, the position of President of the Society of Nuclear Medicine. In 1985 he was awarded the Georg Von Hevesy Award and in 1993 Dr. Wagner was awarded the first Annual Society of Nuclear Medicine President’s Award for Outstanding Contributions to nuclear medicine.