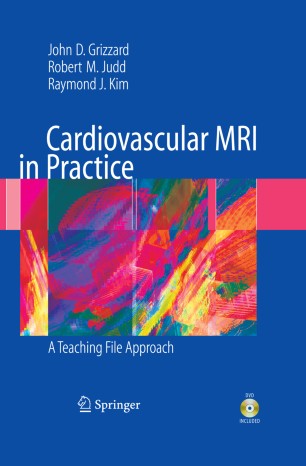 In the early 20th century, plain film radiography probably evoked the same sense of wonder that we now associate with cardiac magnetic resonance (CMR). Extensive technical developments and a growth of studies in the literature have increased demand for CMR, but the availability of competing tests and the lack of training opportunities have been limiting. The complexity of CMR examinations and the lack of standardization in protocols between centers likely also hinder its widespread adoption.
Cardiovascular MRI in Practice has been written to tackle these issues. This text resource outlines the systematic approach to CMR interpretation. The depiction of a "core exam" and the modifications used for a variety of patient circumstances are demonstrated using simple visual assessment of the images. Special emphasis on the advantages of CMR relative to other modalities reinforces practical learning objectives, organized so that the reader starts with patient images – as one would in a clinical scenario – and works back to the didactic material.
This text reference is designed for all cardiologists and cardiovascular radiologists. It is also highly relevant for those in training in order to work through and practice reporting cases using this modality.