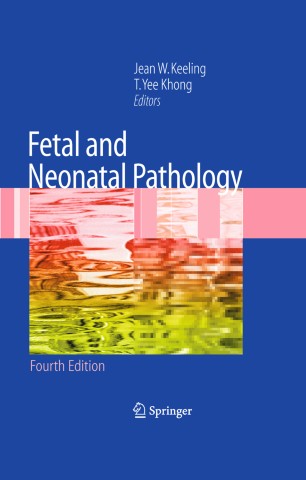 Fetal and Neonatal Pathology is the Fourth Edition of what has become the classic reference in the field of fetal and neonatal pathology. Fully revised and up-dated, the book retains the overall format of previous editions, presenting the same practical approach to the examination of both fetuses and perinatal deaths. It provides essential clinical and pathophysiological information and discusses the pathogenesis of abnormalities as a basis for appropriate methods of investigation.

Part 1 deals with the examination of the products of conception after the termination of pregnancy for fetal anomalies. The range of pathological abnormalities is described and their relevance discussed. Special attention is paid to the differences in pathological findings of specific conditions between the second and third trimesters. Part 2 is organised by system, describing and illustrating those pathological problems which are likely to be encountered in the fetus and neonate. Each chapter is introduced by a concise account of the development of the relevant system. There is also a discussion, as appropriate, of changes at birth as well as changes in normal function that may occur during the neonatal period.

Fetal and Neonatal Pathology, while primarily addressing the morbid anatomist and histopathologist, also provides a valuable source of reference for obstetricians, neonatologists and paediatricians. Its value as a working tool is enhanced by effective cross-referencing, by chapter and page number, and a detailed index.