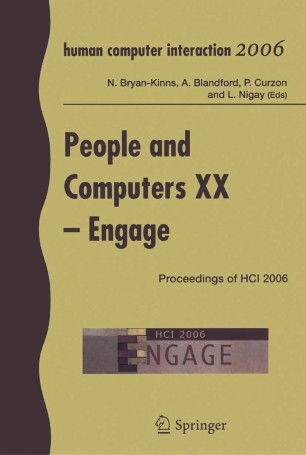 Reading has arguably the longest and richest history of any domain for scientifically considering the impact of technology on the user. From the 1920s to the 1950s, Miles Tinker [1963] and other researchers ran hundreds of user tests that examined the effects of different fonts and text layout variables, such as the amount of vertical space between each line of text (called leading). Their research focused on user performance, and reading speed was the favoured measure. They charted the effect of the manipulated variables on reading speed, looking for the point at which their participants could read the fastest. Their assumption was that faster reading speeds created a more optimal experience. Printers and publishers eagerly consumed this research. In recent years, some of these variables have been reexamined as the technology and capabilities evolve with the advent of computers and computer screens. Dillon [1992] examined how to design textual information for an electronic environment. Boyarski et al. [1998] examined the effect of fonts that were designed for computer screens. Dyson & Kipping [1998] examined the effect of line length on computer screens. Larson et al. [2000] examined the effect of 3-D rotation on reading. Gugerty et al. [2004] demonstrated a reading performance advantage with the Microsoft ClearType display technology.