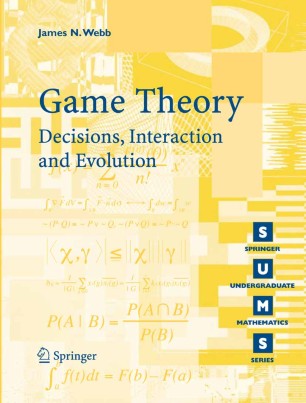 This introduction to game theory is written from a mathematical perspective. Its primary purpose is to be a first course for undergraduate students of mathematics, but it also contains material which will be of interest to advanced students or researchers in biology and economics.

The outstanding feature of the book is that it provides a unified account of three types of decision problem:

An understanding of basic calculus and probability is assumed but no prior knowledge of game theory is required. Detailed solutions are provided for the numerous exercises.