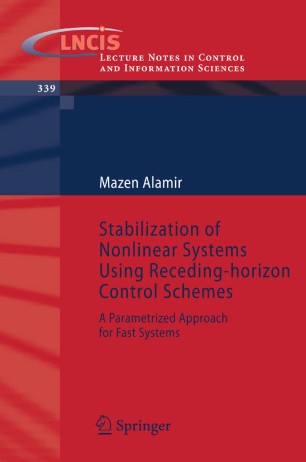 A Parametrized Approach for Fast Systems

While conceptually elegant, the generic formulations of nonlinear model predictive control are not ready to use for the stabilization of fast systems. Dr. Alamir presents a successful approach to this problem based on a co-operation between structural considerations and on-line optimization. The balance between structural and optimization aspects of the method is dependent on the system being considered so the many examples aim to transmit a mode of thought rather than a ready-to-use recipe; they include:

In addition, the basic stability results under receding horizon control schemes are revisited using a sampled-time, low-dimensional control parameterization that is mandatory for fast computation and some novel formulations are proposed which offer promising directions for future research.