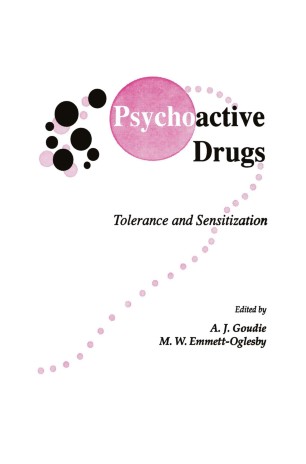 Research into the processes of tolerance and sensitization has escalated at a substantial rate in recent years, presumably because of the fundamental importance of understanding the long-term, as opposed simply to the initial, acute effects of drugs. The rapid of such research in recent years is documented c1early by growth the editors in the introductory chapter to this text. However, despite the fact that there is a very large amount of literature concemed with the effects of long-term drug treatment, there is, to the best of our knowledge, no published text that has ever attempted to integrate some of the many diverse findings that have been made in this area. Basic research has uncovered a num­ ber of different mechanisms by which tolerance and sensitization to drugs can develop. Such mechanisms are of very different types, involving psychological behavioral, metabolic, neuronal, and subcellular processes. Because of the complexity of each of these different types of mechanisms, with few exceptions, individual re­ searchers usually tend, understandably, to concentrate on their own specific areas of expertise, paying relatively little attention to rele­ vant research occurring in other areas. Consequently, they neglect or simply ignore the important question of the relative importance of the specific mechanism that they are studying, and the related question of the possible interrelationships that may exist between different mechanisms for the production of tolerance and sensitiza­ tion.