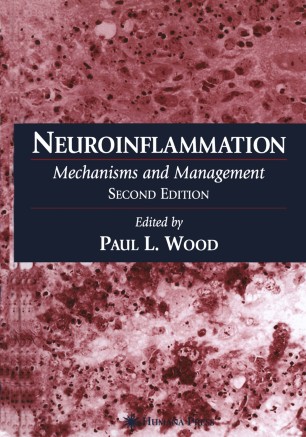 The field of neuroinflammation is evolving rapidly and now yielding many new potential therapeutics for clinical trials. In this thoroughly updated and revised edition of his much praised book, Neuroinflammation: Mechanisms and Management, Second Edition, Paul L. Wood and a panel of leading researchers capture all these new developments in a masterful synthesis of what is known today about the inflammatory mediators and the cells involved in neurodegenerative diseases. This second edition contains extensive updates on the mediators produced by microglia and their role in neuroinflammatory-induced neuronal lysis. There is also increased coverage of the animal models used in the study of neuroinflammatory mechanisms, of the new imaging methods that allow the noninvasive evaluation of microglial activation in human neurodegernerative disorders, and of the role of neuroinflammation in amyloid-dependent neuronal lysis.
Up-to-date and insightful, Neuroinflammation: Mechanisms and Management, Second Edition summarizes all the recent discoveries now playing a key role in both developing molecular targets and designing a new generation of drugs for acute and chronic neurodegenerative disorders alike.