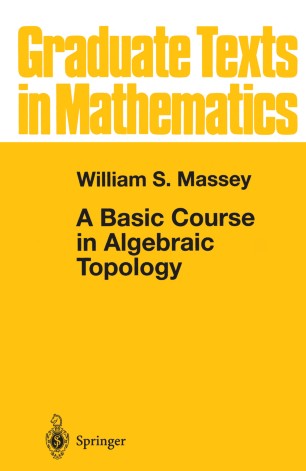 A Basic Course in Algebraic Topology

This textbook is intended for a course in algebraic topology at the beginning graduate level. The main topics covered are the classification of compact 2-manifolds, the fundamental group, covering spaces, singular homology theory, and singular cohomology theory. These topics are developed systematically, avoiding all unnecessary definitions, terminology, and technical machinery. The text consists of material from the first five chapters of the author's earlier book, Algebraic Topology; an Introduction (GTM 56) together with almost all of his book, Singular Homology Theory (GTM 70). The material from the two earlier books has been substantially revised, corrected, and brought up to date.

William S. Massey (1920-2017) was an American mathematician known for his work in algebraic topology. The Blakers-Massey theorem and the Massey product were both named for him. His textbooks Singular Homology Theory and Algebraic Topology: An Introduction are also in the Graduate Texts in Mathematics series.