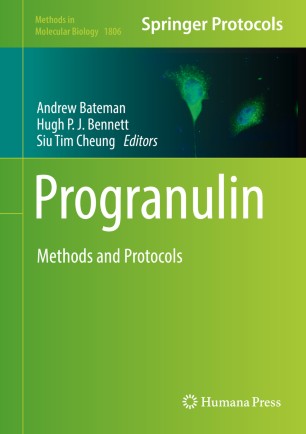 This volume explores experimental strategies to study progranulin as a regulatory protein in biological and disease processes. The chapters in this book are divided into four parts: Part One is an introduction to the topic; Part Two looks at analytical and in vitro methods to study progranulin biology; Part Three discusses the role of progranulin in cancer; and Part Four describes the process of using animal models to study progranulin in health and disease. Written in the highly successful Methods in Molecular Biology series format, chapters include introductions to their respective topics, lists of the necessary materials and reagents, step-by-step, readily reproducible laboratory protocols, and tips on troubleshooting and avoiding known pitfalls.
Cutting-edge and thorough, Progranulin: Methods and Protocols is a valuable resource for experienced researchers who want to expand their studies of this field, and newcomers who want to begin including progranulin into their work.”