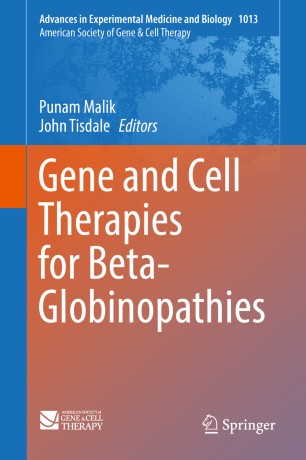 Gene and Cell Therapies for Beta-Globinopathies

Part of the Advances in Experimental Medicine and Biology book series (AEMB, volume 1013)

This book provides a comprehensive review of gene and cell therapy approaches for hemoglobinopathies. It covers the progress and current state of the field in hematopoietic stem cell transplantation for hemoglobinopathies and genetic correction of autologous hematopoietic stem cells. Chapters focus on such topics as the current standards of care and long term outcomes of b-thalassemias and sickle cell disease, the ability to generate autologous embryonic stem cell-like cells from primary somatic cells, and genetic strategies to reactivate fetal hemoglobin production. In addition to offering a thorough review of the field in its present state, this book also sheds light on the major changes expected in coming years. Gene and Cell Therapies for Beta-Globinopathies is part of the American Society of Gene and Cell Therapy sub-series of the highly successful Advances in Experimental Medicine and Biology series. It is essential reading for graduate students, clinicians, and researchers interested in gene and cell therapy.

Punam Malik received her M.D. degree from Lady Hardinge Medical College, University of Delhi, India.  She completed a pediatric residency at Kalawati Saran Children;s Hospital, Delhi and at Children’s Hospital Los Angeles, Los Angeles, California, and then then trained in hematology-oncology at Children’s Hospital Los Angeles, where she served as fellow, Assistant Professor from 1999-2005 and a tenured Associate Professor in 2006 at CHLA, University of Southern California.  She joined Cincinnati Children’s Hospital Medical Center and the University of Cincinnati in 2007 as the Program Director of the Gene and Cell Therapy Program and in 2008, she became the director of the Translational Core Laboratories at CCHMC. In 2010, she became a Professor of Pediatrics.  In 2012, she became the director of the Cincinnati Comprehensive Sickle Cell Center, and in 2014 she became the Marjorie Johnson Endowed Professor of Gene and Cell Therapy.  Her group focuses on the pathobiology of sickle cell disease and thalassemia, identifying mechanisms of organ pathologies in sickle cell disease, and developing curative strategies for hemoglobinopathies and other hematopoietic stem cell disorders through transplantation of genetically modified autologous bone marrow stem cells.

John Tisdale received his M.D. degree from the Medical University of South Carolina in Charleston.  He completed an internal medicine and chief residency at Vanderbilt University Medical Center in Nashville and then trained in hematology in the Hematology Branch, National Heart, Lung and Blood Institute (NHLBI), where he served as a postdoctoral fellow.  He joined the Molecular and Clinical Hematology Branch of NHLBI in 1998 and is now the Chief of the Cellular and Molecular Therapeutics Section.  His group focuses on developing curative strategies for sickle cell disease through transplantation of allogeneic or genetically modified autologous bone marro