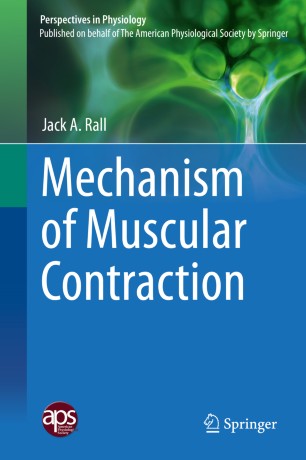 Part of the Perspectives in Physiology book series (PHYSIOL)

Fundamental discoveries in the 1950s relating to the mechanism of muscle contraction fueled an explosion of knowledge in the latter half of the 20th century. This book traces in depth the evolution of ideas from the 1950s into the 21st century. In a scholarly yet highly readable monograph, the book describes the history on which our current understanding of muscle function is based. This is the most comprehensive study and first book-length treatment of the muscle field in over forty years.

In order to provide perspective into the thinking about an issue at the time of its discovery, often the investigators describe in their own words an important result or conclusion as it appeared in an original paper. Numerous figures from the original papers are included in order to allow the reader to see the data that led to important conclusions. More than a history of experimental facts, the book describes backgrounds of many of the key investigators to allow a deeper insight into their motivations and approach to science. Controversies in the muscle field are discussed along with some missed opportunities and false trails. An amazing variety of experimental techniques have been brought to bear on the investigation of the mechanism of muscular contraction. Background of these various techniques is presented in order to gain a fuller appreciation of their strengths and weaknesses. The book is organized into nine chapters with over 170 illustrations and 1,200 references. The book provides insight into scientific thought and forms a framework for future enquiry into muscle function.

The author, an emeritus professor in the department of physiology and cell biology at Ohio State University, has been a contributor to research in the muscle field for over forty years.