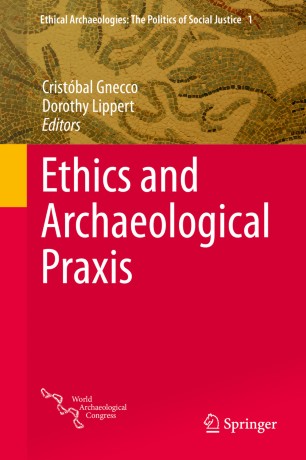 Restoring the historicity and plurality of archaeological ethics is a task to which this book is devoted; its emphasis on praxis mends the historical condition of ethics. In doing so, it shows that nowadays a multicultural (sometimes also called “public”) ethic looms large in the discipline. By engaging communities “differently,” archaeology has explicitly adopted an ethical outlook, purportedly striving to overcome its colonial ontology and metaphysics. In this new scenario, respect for other historical systems/worldviews and social accountability appear to be prominent. Being ethical in archaeological terms in the multicultural context has become mandatory, so much that most professional, international and national archaeological associations have ethical principles as guiding forces behind their openness towards social sectors traditionally ignored or marginalized by their practices. This powerful new ethics—its newness is based, to a large extent, in that it is the first time that archaeological ethics is explicitly stated, as if it didn’t exist before—emanates from metropolitan centers, only to be adopted elsewhere. In this regard, it is worth probing the very nature of the dominant multicultural ethics in disciplinary practices because (a) it is at least suspicious that at the same time archaeology has tuned up with postmodern capitalist/market needs, and (b) the discipline (along with its ethical principles) is contested worldwide by grass-roots organizations and social movements. Can archaeology have socially committed ethical principles at the same time that it strengthens its relationship with the market and capitalism? Is this coincidence just merely haphazard or does it obey more structural rules? The papers in this book try to answer these two questions by examining praxis-based contexts in which archaeological ethics unfolds.