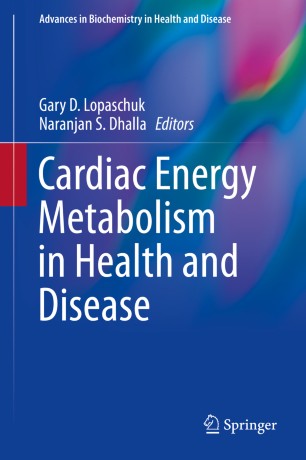 Part of the Advances in Biochemistry in Health and Disease book series (ABHD, volume 11)

The heart has a very high energy demand but very little energy reserves. In order to sustain contractile function, the heart has to continually produce a large amount of ATP.  The heart utilizes free fatty acids mainly and carbohydrates to some extent as substrates for making energy, and any change in this energy supply can seriously compromise cardiac function.  It has emerged that alterations in cardiac energy metabolism are a major contributor to the development of a number of different forms of heart disease.  It is also now known that optimizing energy metabolism in the heart is a viable and important approach to treating various forms of heart disease.

Cardiac Energy Metabolism in Health and Disease describes the research advances that have been made in understanding what controls cardiac energy metabolism at molecular, transcriptional, and physiological levels.  It also describes how alterations in energy metabolism contribute to the development of heart dysfunction, and how optimization of energy metabolism can be used to treat heart disease.  The topics covered include a discussion of the effects of myocardial ischemia, diabetes, obesity, hypertrophy, heart failure, and genetic disorders of mitochondrial oxidative metabolism on cardiac energetics.  The treatment of heart disease by optimizing energy metabolism is also discussed, which includes increasing overall energy production as well as increasing the efficiency of energy production and switching energy substrate preference of the heart. This book will be a valuable source of information to graduate students, postdoctoral fellows, and investigators in the field of experimental cardiology as well as biochemists, physiologists, pharmacologists, cardiologists, cardiovascular surgeons and other health professionals.