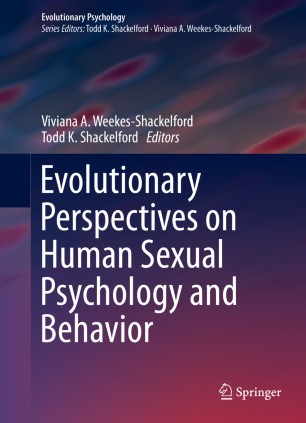 As we progress as a species, questions and controversies continue to surround sexuality, monogamy, perceptions of attractiveness, and sexual coercion. Yet no matter how intricate the issues and concepts become, we are still able to find valuable clues in our ancestral legacy.

Evolutionary Perspectives on Human Sexual Psychology and Behavior offers a wealth of current theories and findings on the complex psychological adaptations that drive our strategies for selecting and retaining a partner. Groundbreaking studies examine sex differences and similarities in sex-related human behavior while providing object lessons in how evolutionary psychology is practiced and where the field is heading. Contributors present intriguing evidence for mate selection influencing the evolution of men's and women's voices, female orgasm, and men's use of humor, and explore emerging areas of evolutionary interest such as same-sex attraction. This interdisciplinary coverage has wide-ranging implications for sexual well-being as well as mental and general health. Among the featured topics:

Evolutionary Perspectives on Human Sexual Psychology and Behavior will appeal to evolutionary scientists across different disciplines of the academy among faculty, graduate students, and undergraduate students interested in sexuality. This volume makes a useful supplementary text in various upper-level undergraduate courses and in graduate courses that address sexuality.