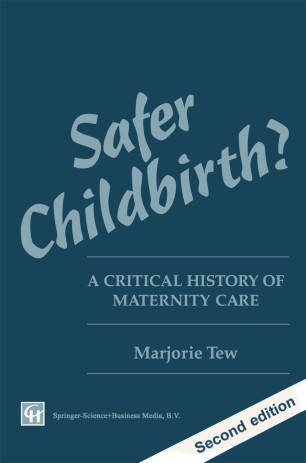 A critical history of maternity care

Since the first edition went to press in 1989, there have been many important developments concerning different aspects of maternity care. To take account of these, much needs to be added to this history. Late 1989 saw the publication of the double volume set of studies, Effective Care in Pregnancy and Childbirth, in which all the then existing evidence on all the associated procedures was considered and evaluated by well-informed and impartial authors representing many countries. This informative collection has since been followed by a flow of single reports of new research findings about specific subjects within the field. To incorporate the new material has involved, in particular, a consider­ able enlargement and rearrangement of the text and reference lists for Chapters 3 and 4, which deal with antenatal and intranatal care. Then in 1990-1 the House of Commons Health Committee, under its chairman Nicholas Winterton, undertook a further enquiry into the maternity services in Britain. A wide range of people concerned as pro­ viders or users of the service, as well as researchers concerned to find out how well the service was meeting needs, chose to submit testi­ monies, written and oral. These testimonies were all later published in six volumes which offered a most valuable depiction of the maternity service from many points of view.