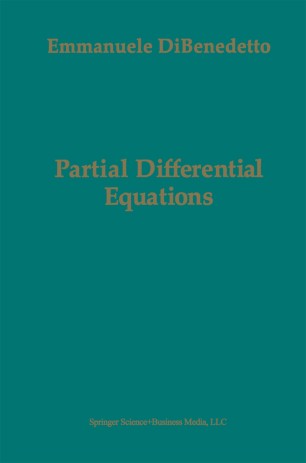 This text is meant to be a self-contained, elementary introduction to Partial Differential Equations, assuming only advanced differential calculus and some basic LP theory. Although the basic equations treated in this book, given its scope, are linear, we have made an attempt to approach them from a nonlinear perspective. Chapter I is focused on the Cauchy-Kowaleski theorem. We discuss the notion of characteristic surfaces and use it to classify partial differential equations. The discussion grows out of equations of second order in two variables to equations of second order in N variables to p.d.e.'s of any order in N variables. In Chapters II and III we study the Laplace equation and connected elliptic theory. The existence of solutions for the Dirichlet problem is proven by the Perron method. This method clarifies the structure ofthe sub(super)harmonic functions and is closely related to the modern notion of viscosity solution. The elliptic theory is complemented by the Harnack and Liouville theorems, the simplest version of Schauder's estimates and basic LP -potential estimates. Then, in Chapter III, the Dirichlet and Neumann problems, as well as eigenvalue problems for the Laplacian, are cast in terms of integral equations. This requires some basic facts concerning double layer potentials and the notion of compact subsets of LP, which we present.