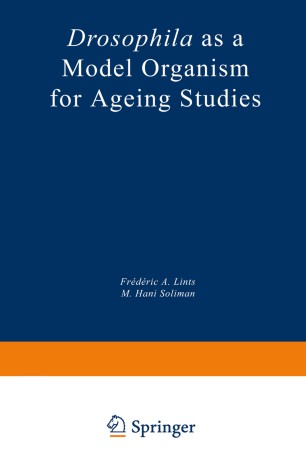 Drosophila as a Model Organism for Ageing Studies

Many books on ageing attempt to cover the whole field of gerontology. However, since gerontology is now such a diversified and rapidly expanding subject, the results of such attempts tend to be either incomprehensible compendia or encyc10pedias of disheartening size. The present book aims to be both more modest and more ambitious. It focuses on a single object (Drosophila), but attempts to off er a synthesis of all the gerontological work that has been done on it. It also aims to show the extent to which this work has led to an understanding of the biological phenomena of ageing, longevity, senescence and death in higher organisms, inc1uding man. Finally it attempts, on the basis of current knowledge, to mark out the paths that the next generation of researchers will most probably follow. Drosophila has been used as a model organism to advance our basic knowledge of the fundamentals of genetics and gerontology. It may be noted that the pioneering work on the genetics of ageing, which used Drosophila, began very early in this century, within the first decade of the rediscovery of Mendel's laws.