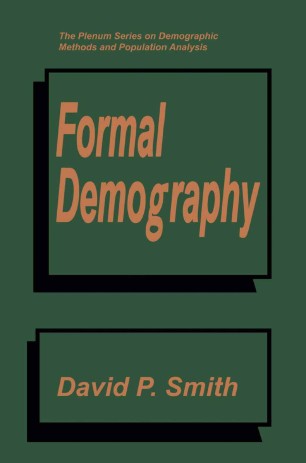 This book is intended as a relatively nontechnica1 introduction to eurrent demographie methods. It has been several years in preparation, beginning from occasional class handouts I wrote to elaborate on essential points of demographie methodology. Its growth from scattered notes to an integrated text was a natural process, if a gradual one. The eontent of the book addresses three objectives. first, I have tried to avoid demographie methods that are now dated. In some ehapters, that has meant eoncentrating on formulas most demographers recognize. In the ehap­ ters on life tables, it meant testing competing formulas on a variety of real and synthetie data se.ts, and dropping or relegating to footnotes those that were least accurate. Second, I have attempted to give readers a sense of the limits of different formulas and methods. I am a terse writer, however, and for the reader that means most sentences carry weight. Chapters should be read attentively, with careful regard to commentary as weIl as to formulas and examples. Finally, I have tried to make the principal methodologies of the book accessible, by offering explanations for formulas that are not obvious, by keeping examples to the forefront, and by placing relatively specialized topics in ehapter appendices.