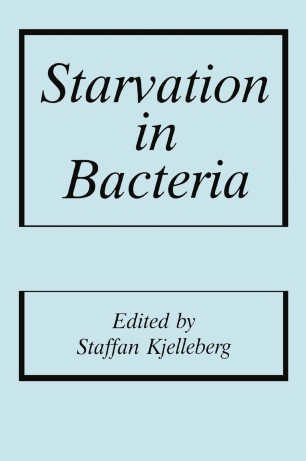 Concerted efforts to study starvation and survival of nondifferentiating vegeta­ tive heterotrophic bacteria have been made with various degrees of intensity, in different bacteria and contexts, over more than the last 30 years. As with bacterial growth in natural ecosystem conditions, these research efforts have been intermittent, with rather long periods of limited or no production in between. While several important and well-received reviews and proceedings on the topic of this monograph have been published during the last three to four decades, the last few years have seen a marked increase in reviews on starvation survival in non-spore-forming bacteria. This increase reflects a realization that the biology of bacteria in natural conditions is generally not that of logarithmic growth and that we have very limited information on the physiology of the energy-and nutrient-limited phases of the life cyde of the bacterial cello The growing interest in nongrowing bacteria also sterns from the more recent advances on the molecular basis of the starvation-induced nongrowing bacterial cello The identification of starvation-specific gene and protein re­ sponders in Escherichia coli as weIl as other bacterial species has provided molecular handles for our attempts to decipher the "differentiation-like" responses and programs that nondifferentiating bacteria exhibit on nutrient­ limited growth arrest. Severallaboratories have contributed greatly to the progress made in life­ after-log research.