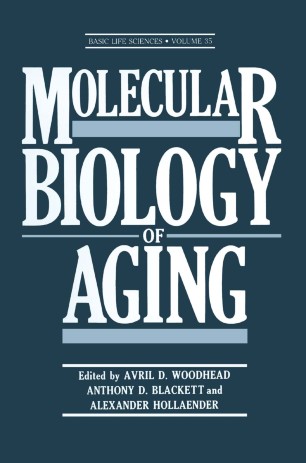 It is delightful but humbling to find my face at the start of these Proceedings--there are innumerable other faces which could equally weIl stand there, from among the band who have fore­ gathered at every gerontology conference since the subject was launched in its present form; but I deeply appreciate being there. Gerontology d. id not grow by accident. Its present standing is the fruit of careful planning, undertaken by European and American scientists back in the 1950's. In those days it was still a "fringe" science, and the conspirators had much the standing of the 1920's Interplanetary Society. The United States itself is the offspring of conspiracy, for when the results of conspiracy are beneficent, the conspirators become Founding Fathers. This has been the case with gerontology. The present meeting is especially gratifying because the papers have been recitals of normal, hard-science investigation. We had to get through the rigors of a long period of semantic argument and a long period of one-shot general theories before this kind of meeting, normal in all other research fields, could take place. It was also necesssary to breed in the menagerie a generation of excellent investigators aware of the theoretical background but unintimidated by it, who share our conviction that human aging is comprehensible and probably controllable, and who go into the laboratory to attack specifics.