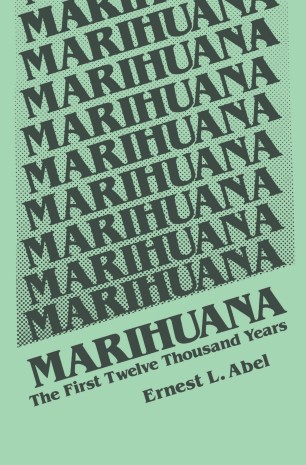 Of all the plants men have ever grown, none has been praised and denounced as often as marihuana (Cannabis sativa). Throughout the ages, marihuana has been extolled as one of man's greatest benefactors­ and cursed as one of his greatest scourges. Marihuana is undoubtedly a herb that has been many things to many people. Armies and navies have used it to make war, men and women to make love. Hunters and fishermen have snared the most ferocious creatures, from the tiger to the shark, in its herculean weave. Fashion designers have dressed the most elegant women in its supple knit. Hangmen have snapped the necks of thieves and murderers with its fiber. Obstetricians have eased the pain of childbirth with its leaves. Farmers have crushed its seeds and used the oil within to light their lamps. Mourners have thrown its seeds into blazing fires and have had their sorrow transformed into blissful ecstasy by the fumes that filled the air. Marihuana has been known by many names: hemp, hashish, dagga, bhang, loco weed, grass-the list is endless. Formally christened Cannabis sativa in 1753 by Carl Linnaeus, marihuana is one of nature's hardiest specimens. It needs little care to thrive. One need not talk to it, sing to it, or play soothing tranquil Brahms lullabies to coax it to grow. It is as vigorous as a weed. It is ubiquitous. It fluorishes under nearly every possible climatic condition.