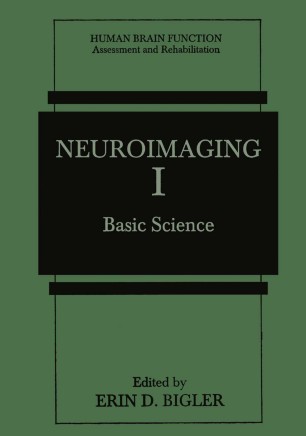 Until recent advents in neuroimaging, the brain had been inaccessible to in vivo visualization, short of neurosurgical procedures or some unfortunate traumatic exposure. It is a tribute to the early contributors to clinical neuroscience that through what, by today's standards, would be deemed extremely crude measure­ ments, advancements in understanding brain function were made. For example, the theories of higher cortical functions of the brain by Aleksandr Luria or Hans-Lukas Teuber in the 1950s were essentially based on military subjects who sustained traumatic head wounds during World War II. These researchers could inspect the patient and determine where penetrating entrance and exit wounds were on the head; sometimes they had skull films to identify entrance and exit fracture wounds, sometimes neurosurgical reports were available, and Luria even had the opportunity to acutely examine some patients with exposed wounds. Thus, one would take whatever information might be available and infer what regions of the brain were involved but could never actually visualize the brain. Of course, this changed dramatically with the introduction of brain imag­ ing in the 1970s, but it really was not until the 1990s that analysis and image display technologies finally caught up with the basic brain-imaging methods of computerized tomography (CT) and magnetic resonance imaging (MRI).