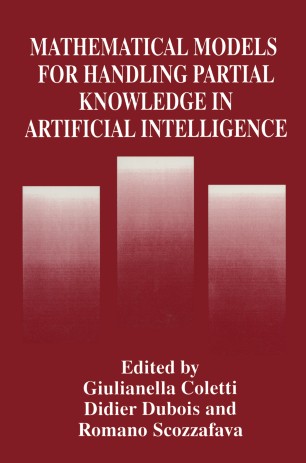 Knowledge acquisition is one of the most important aspects influencing the quality of methods used in artificial intelligence and the reliability of expert systems. The various issues dealt with in this volume concern many different approaches to the handling of partial knowledge and to the ensuing methods for reasoning and decision making under uncertainty, as applied to problems in artificial intelligence. The volume is composed of the invited and contributed papers presented at the Workshop on Mathematical Models for Handling Partial Knowledge in Artificial Intelligence, held at the Ettore Majorana Center for Scientific Culture of Erice (Sicily, Italy) on June 19-25, 1994, in the framework of the International School of Mathematics "G.Stampacchia". It includes also a transcription of the roundtable held during the workshop to promote discussions on fundamental issues, since in the choice of invited speakers we have tried to maintain a balance between the various schools of knowl­ edge and uncertainty modeling. Choquet expected utility models are discussed in the paper by Alain Chateauneuf: they allow the separation of perception of uncertainty or risk from the valuation of outcomes, and can be of help in decision mak­ ing. Petr Hajek shows that reasoning in fuzzy logic may be put on a strict logical (formal) basis, so contributing to our understanding of what fuzzy logic is and what one is doing when applying fuzzy reasoning.