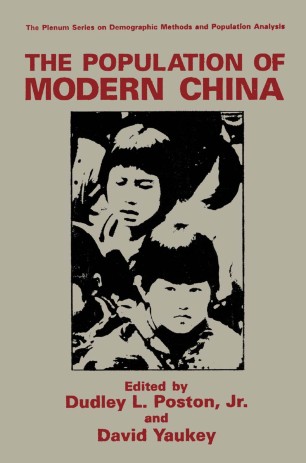 The Population of Modern China

Student~ interested in world populations and demography inevitably need to know China. As the most populous country of the world, China occupies a unique position in the world population system. How its population is shaped by the intricate interplays among factors such as its political ideology and institutions, economic reality, government policies, sociocultural traditions, and ethnic divergence represents at once a fascinating and challenging arena for investigatIon and analysis. Yet, for much of the 20th century, while population studies have developed into a mature science, precise information and sophisticated analysis about the Chinese population had largely remained either lacking or inaccessible, first because of the absence of systematic databases due to almost uninterrupted strife and wars, and later because the society was closed to the outside observers for about three decades since 1949. Since the end of the Cultural Revolution, things have dramatically changed. China has embarked on an ambitious reform program where modernization became the utmost goal of societal mobilization. China could no longer afford to rely on imprecise census or survey information for population-related studies and policy planning, nor to remaining closed to the outside world. Both the gathering of more precise information and access to such information have dramatically increased in the 1980s. Systematic observations, analyses and reporting about the Chinese population have surfaced in the population literature around the globe.