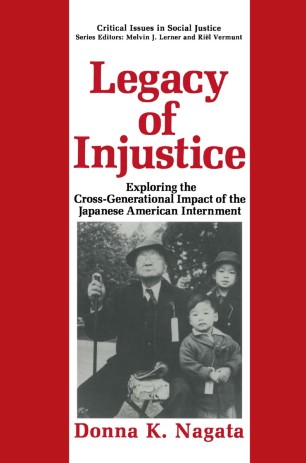 Exploring the Cross-Generational Impact of the Japanese American Internment

At the age of 6, I discovered a jar of brightly colored shells under my grandmother's kitchen sink. When I inquired where they had come from, she did not answer. Instead, she told me in broken English, "Ask your mother. " My mother's response to the same question was, "Oh, I made them in camp. " "Was it fun?" I asked enthusiastically. "Not really," she replied. Her answer puzzled me. The shells were beautiful, and camp, as far as I knew, was a fun place where children roasted marshmallows and sang songs around the fire. Yet my mother's reaction did not seem happy. I was perplexed by this brief exchange, but I also sensed I should not ask more questions. As time went by, "camp" remained a vague, cryptic reference to some time in the past, the past of my parents, their friends, my grand­ parents, and my relatives. We never directly discussed it. It was not until high school that I began to understand the significance of the word, that camp referred to a World War II American concentration camp, not a summer camp. Much later I learned that the silence surrounding discus­ sions about this traumatic period of my parents' lives was a phenomenon characteristic not only of my family but also of most other Japanese American families after the war.