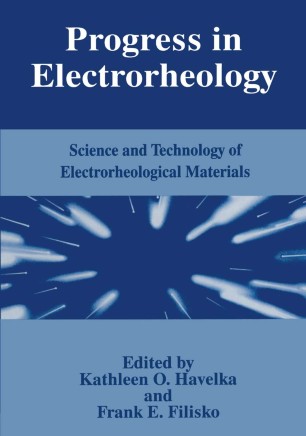 Science and Technology of Electrorheological Materials

This treatise is a compendium of refereed papers based on invited talks presented at the American Chemical Society Symposium on Electrorheological (ER) Materials and Fluids. ER fluids were first investigated 50+ years ago. These fluids, which change rheology when placed in an electric field, were recognized, from the beginning, for allowing an extremely efficient interface between electrical control and mechanical devices. Critical problems, however, existed with the initial fluids, which prevented them from serious consideration for large-scale applications. While over time some of the critical problems have been solved and activity in ER technology has increased, commercial success has remained elusive. A recent Department of Energy report concluded that a primary reason for the failure to commercialize this promising technology is due to a lack in understanding the physics and chemistry of how the materials work. The goal of the symposium was to address the issue of understanding how ER materials work and how they can be used. One of the outcomes of the symposium, which we hope is conveyed in this book, is a feeling that if the mechanism of ER is to be fully understood and improved, expertise from diverse fields must be applied to the problem.