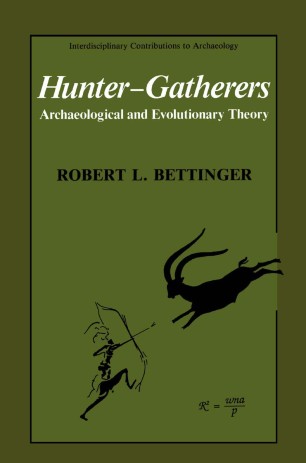 Hunter-gatherers are the quintessential anthropological topic. They constitute the subject matter that, in the last instance, separates anthropology from its sister social science disciplines: psychology, sociology, economics, and political science. In that central position, hunter-gatherers are the acid test to which any reasonably comprehensive anthropological theory must be applied. Several such theories-some narrow, some broad-are examined in light of the hunter­ gatherer case in this book. My purpose, then, is that of a review of ideas rather than of a literature. I do not-probably could not-survey all that has been written about hunter-gatherers: Many more works are ignored than considered. That is not because the ones ignored are uninteresting, but because it is my broader purpose to concentrate on certain theoretical contributions to anthro­ pology in which hunter-gatherers figure most prominently. The book begins with two chapters that deal with the history of anthro­ pological research and theory in relation to hunter-gatherers. The point is not to present a comprehensive or even-handed accounting of developments. Rather, I sketch a history of selected ideas that have determined the manner in which social scientists have viewed, and thus studied, hunter-gatherers. This lays the groundwork for subjects subsequently addressed and establishes two funda­ mental points. First, the social sciences have always portrayed hunter-gatherers in ways that serve their theories; in short, hunter-gatherer research has always been a theoretical enterprise. Second, these theoretical treatments have gener­ ally been either evolutionary or materialist-or both-in perspective.