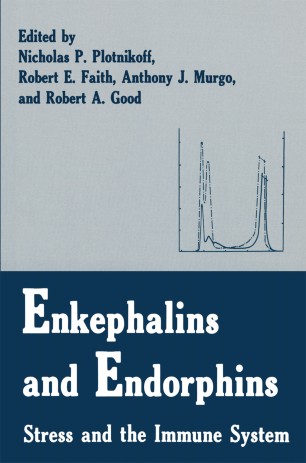 Stress and the Immune System

Is this a time for a sleeping giant to rise? We have known since study of the lymphocyte and plasma cells really began in earnest in the early 1940's that the pituitary adrenal axis under intimate control of the hypothalamus could influence immunological functions profoundly. We have also known for at least 20 years in my recollection that female sex hor­ mones can maximize certain immunity functions while male sex hormones tend to suppress many immunological reactions. The thyroid hormones accelerate antibody production while at the same time sp~eding up de­ gradation of antibodies and immunoglobulins and thyroidectomy decreases the rate of antibody production. Further, much evidence has accumulated indicating that the brain, yes even the mind, can influence in significant ways susceptibility to infections, cancers and to development of a variety of autoimmune diseases. More than 20 years ago, my colleagues and I convinced ourselves, if no one else, that hypnosis can exert major in­ fluences on the effector limb of the classical atopic allergic reactions. We showed with Aaron Papermaster that the Prausnitz-Kustner reaction may be greatly inhibited, indeed largely controlled, by post-hypnotic suggestion. And it was not even necessary for us to publish our discovery because scientists in John Humphrey's laboratory at Mill Hill Research Center in London had beaten us to the punch. They described hypnotic control of both the PK reaction and delayed allergic reactions to tuberculin by hypnosis.