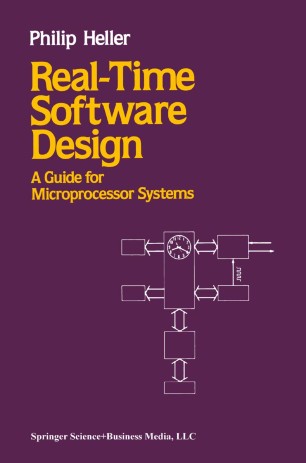 A Guide for Microprocessor Systems

Computers these days spend a fairly low fraction of their time computing. In fact, the very word "computer" has become something of a misnomer. In the American History museum of the Smithsonian Institute in Wash­ ington, D.C., there is an exhibit of early computers. Three features of these machines are striking. First, they are enormous, especially in com­ parison to their capabilities. The museum visitor who has just come from the Natural History building next door may be reminded of fossilized di­ nosaur bones. Second, they don't look at all like modern computing ma­ chines. The cases are made of crude metal or beautifully worked wood, recalling an approach to the design of scientific apparatus which belongs to a previous generation. Lastly, the function of these machines is mainly to compute-to perform rapid arithmetic. The computer of today bears little resemblance in size, form, or function to its ancestors. It is, most obviously, smaller by several orders of mag­ nitude. Its form has changed from the carefully crafted one-of-a-kind in­ strument to the mass-produced microchip. But the change in its function is perhaps the most dramatic of all. Instead of being a computing engine, it is a machine for the processing of information. The word "processor" has come into common usage. A processor used to be a central processing unit-a set of wires and vacuum tubes, or later a set of printed circuit boards-which was nestled deep within the computer. Today a processor is an off-the-shelf component.