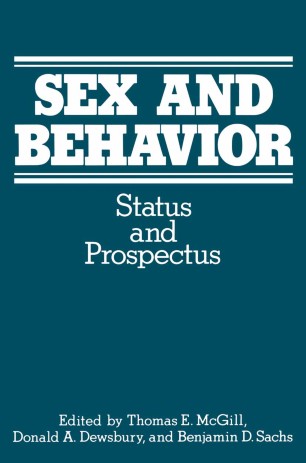 Discussion of the precise nature and position of boundaries between dis­ ciplines is nearly always counterproductive; the need is usually to cross them not to emphasize them. And any such discussion of the distinction between ethology and comparative psychology would today seem patently absurd. While there may be differences in outlook, no boundaries exist. But when Frank Beach started in research, that was not the case. Comparative psychology flourished in the United States whereas ethology was unknown. Beach started as a comparative psychologist and has always called himself either that or a behavioral endocrinologist. Yet, among the com­ parative psychologists of his generation, he has had closer links with the initially European ethologists than almost any other. He was indeed one of the editors of the first volume of Behaviour. That this should have been so is not surprising once one knows that his Ph. D. thesis concerned "The Neural Basis for Innate Behavior," that he used to sleep in the laboratory so that he could watch mother rats giving birth, and that in 1935 he was using model young to analyze maternal behavior. Furthermore, for nine years he worked in the American Museum of Natural History-in a department first named Experimental Biology and later, when Beach had saved it from extinction and become its chairman, the Department of Animal Behavior. It was in 1938, during Frank's time at the American Museum, that he was first introduced to Niko Tinbergen by Ernst Mayr.