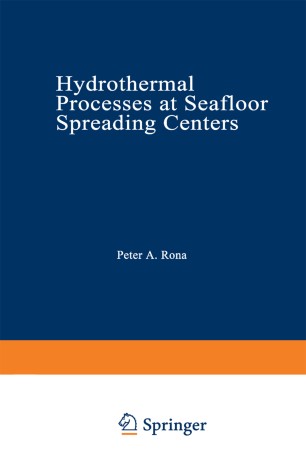 During the past ten years, evidence has developed to indicate that seawater convects through oceanic crust driven by heat derived from creation of lithosphere at the Earth-encircling oceanic ridge-rift system of seafloor spreading centers. This has stimulated multiple lines of research with profound implications for the earth and life sciences. The lines of research comprise the role of hydrothermal convection at seafloor spreading centers in the Earth's thermal regime by cooling of newly formed litho­ sphere (oceanic crust and upper mantle); in global geochemical cycles and mass balances of certain elements by chemical exchange between circulating seawater and basaltic rocks of oceanic crust; in the concentration of metallic mineral deposits by ore-forming processes; and in adaptation of biological communities based on a previously unrecognized form of chemosynthesis. The first work­ shop devoted to interdisciplinary consideration of this field was organized by a committee consisting of the co-editors of this volume under the auspices of a NATO Advanced Research Institute (ARI) held 5-8 April 1982 at the Department of Earth Sciences of Cambridge University in England. This volume is a product of that workshop. The papers were written by members of a pioneering research community of marine geologists, geophysicists, geochemists and biologists whose work is at the stage of initial description and interpretation of hydrothermal and associated phenomena at seafloor spreading centers.