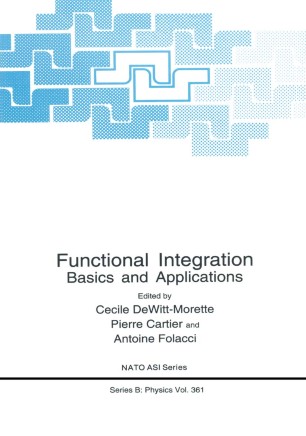 The program of the Institute covered several aspects of functional integration -from a robust mathematical foundation to many applications, heuristic and rigorous, in mathematics, physics, and chemistry. It included analytic and numerical computational techniques. One of the goals was to encourage cross-fertilization between these various aspects and disciplines. The first week was focused on quantum and classical systems with a finite number of degrees of freedom; the second week on field theories. During the first week the basic course, given by P. Cartier, was a presentation of a recent rigorous approach to functional integration which does not resort to discretization, nor to analytic continuation. It provides a definition of functional integrals simpler and more powerful than the original ones. Could this approach accommodate the works presented by the other lecturers? Although much remains to be done before answering "Yes," there seems to be no major obstacle along the road. The other courses taught during the first week presented: a) a solid introduction to functional numerical techniques (A. Sokal) and their applications to functional integrals encountered in chemistry (N. Makri). b) integrals based on Poisson processes and their applications to wave propagation (S. K. Foong), in particular a wave-restorer or wave-designer algorithm yielding the initial wave profile when one can only observe its distortion through a dissipative medium. c) the formulation of a quantum equivalence principle (H. Kleinert) which. given the flat space theory, yields a well-defined quantum theory in spaces with curvature and torsion.